Write down all the words you associate with the term ‘Refugee’ – Give yourself 2 minutes.

Refugees are people who have fled war, violence, conflict or persecution and have crossed an international border to find safety in another country.

They often have had to flee with little more than the clothes on their back, leaving behind homes, possessions, jobs and loved ones. Refugees are defined and protected in international law. The 1951 Refugee Convention is a key legal document and defines a refugee as:

“someone who is unable or unwilling to return to their country of origin owing to a well-founded fear of being persecuted for reasons of race, religion, nationality, membership of a particular social group, or political opinion.” https://www.unhcr.org/uk/what-is-a-refugee.html 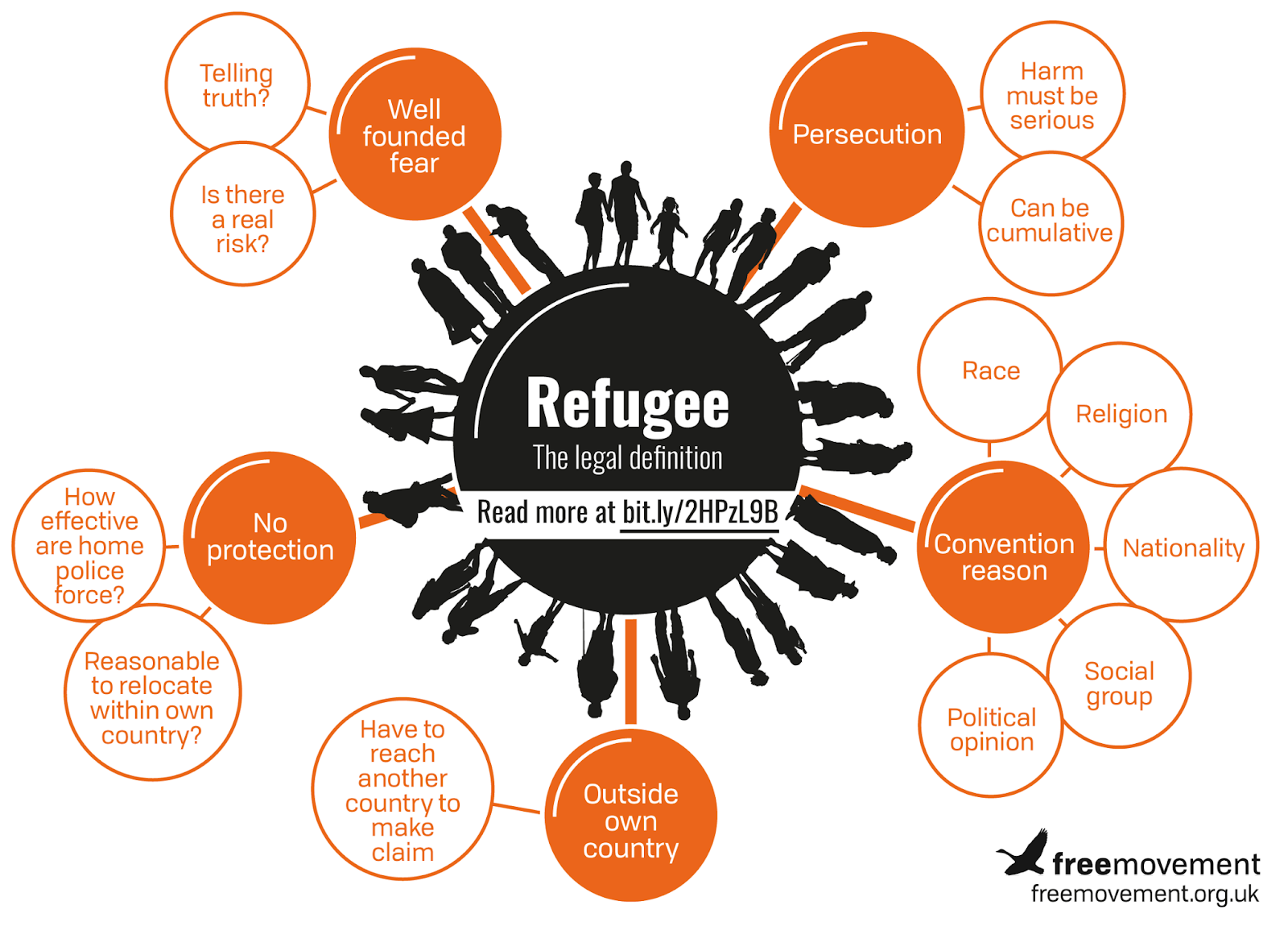 Take a look at this short video, and gain a better understanding of who is and who isn’t a Refugee.

‘As of June 2021 at least 82.4 million people around the world have been forced to flee their homes. Among them are nearly 26.4 million refugees, around half of whom are under the age of 18. There are also millions of stateless people, who have been denied a nationality and lack access to basic rights such as education, health care, employment and freedom of movement.’

Take a look at these statistics and think about what surprises you about them.

Open up the statistics here:
Are they what you expected?
What stuck out most for you?
What is the major source as countries change over time and in relation to global climate, economic and political changes?

Within the last year (2021-2022), we have seen the evacuation of Afghanistan and the war in Ukraine have a huge impact on the number of refugees and displaced people.

The places people come from often link to where  conflicts are happening in the world such as Syria, Afghanistan and Myanmar. Other places that produce refugees are places where  it’s difficult to live if you follow a specific religion, or where you can’t live safely as a gay person for instance. We work with people who have experienced torture, who have received death threats because of political protests they have been part of and have been kidnapped for being a journalist. We anticipate there being a huge number of people seeking sanctuary due to the climate crisis in the near future.

The thing all refugees have in common is that their lives were at risk if they stayed in their home country.

There are many safe countries that people travel through on their way to the UK. A common misconception is that people should claim asylum in the first safe country they arrive in; this is why people try to avoid having their fingerprints taken by the police in other countries, so they can’t be deported back there. However, asylum seekers are allowed to come to the UK via whatever means possible.

Watch: Why do refugees want to come to the UK?

People come to the UK for many reasons. Some of those reasons are explained in this video from Care4Calais

What were the key things that spoke to you during this topic?

What surprised you the most?
Record your thoughts – consider using a list of keywords or use a mind map.

OPTIONAL
Previous Sprint
Back to Topic
Next Topic