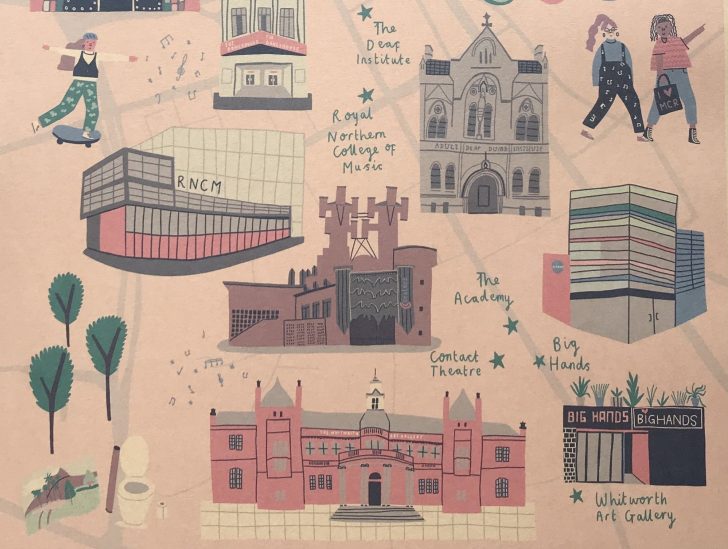 See Manchester in a new light, or begin to get to know your new home, right from the doorstep of Man Met Uni! These tours are run by Invisible MCR and are run by people who have been affected by homelessness

Off the Cobbles with Danny
This unique walking tour of Manchester is led by Danny, an “adopted Mancunian”, to show people the city’s streets as he has lived them. His tour is a thoughtful and poetic exploration that will transport you to the flip side of Manchester, beyond the mere surface of its tourist attractions and into the depths of his own experience of homelessness.

His passion is abundantly clear throughout the tour as he helps you see Manchester in a different light. Danny helps you contextualise some of the city’s most beautiful areas in the experience of Manchester’s homeless community, including his own personal experience. Each stop is marked with either a poignant poetry piece, written by Danny, or an anecdote from his time on the streets.

Wonderwalk Through Manchester with Nic
This tour of Manchester maps the city’s illustrious history of music and art, focusing on the venues and musicians which have helped to shape Manchester’s music scene.

‘Wonderwalk’ will be led by Nic, a friendly and entertaining tour guide, who wants you to fall in love with the music of Manchester as he did from an early age.

With every turn, and every stop, Nic will brighten and enlighten you with tales and stories that combine the city’s and his own rich musical experience. You’ll be taken on a journey through the Rave Revolution, sparked by the hacienda, to the presence of reggae at Thirsty Scholar, and not forgetting the classical opera scene at the Royal Northern College of Music and Bridgewater Hall. The tour champions the legacy of Madchester that will never be lost, but also supports and empowers our smaller venues (which is now more important than ever) who play a huge part in the city’s never-ending, unique music scene.

Nic strongly believes music is for everyone. Within the tour he takes you to corners of the city’s community that inspire and introduce music, art and dance to those who are isolated or anxious.

Nic lives his life by these words: music is medicine, music lifts your spirit, softens your heart and brings people together.