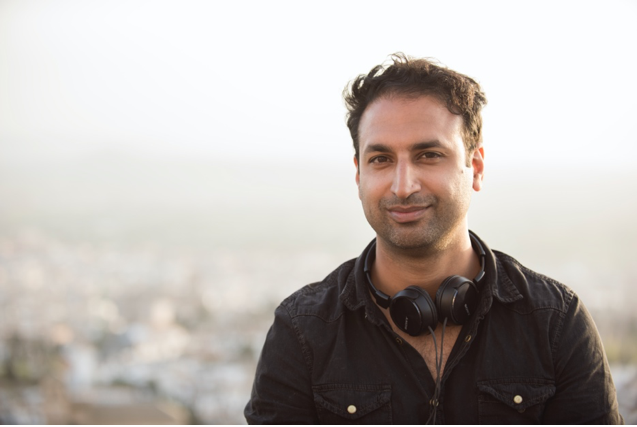 This session includes an advance screening of Granada Nights, a story of self-discovery inspired by Abid’s own real-life experiences, followed by a Q&A with Abid Khan, Director and Manchester Met graduate.

Let us “take you away” on a virtual journey of self-discovery to Granada, Spain – following the life of Ben, a British-Pakistani tourist, who travels to Granada, Spain to save his relationship with his long-term girlfriend Helen who’s studying abroad.

Abid Khan is Producer and Director at Eyefive Films and one of Manchester Met’s first graduates in BSc Multimedia Computing in 2002.

Granada Nights is a feature film about studying abroad in Granada, Spain.

A story of self-discovery about Ben, a British-Pakistani tourist, who travels to Granada, Spain to save his relationship with his long term girlfriend Helen who’s studying abroad. But when Ben arrives it’s too late.

Heartbroken, Ben struggles to get over Helen and finds himself lost in a city full of backpackers, study-abroad-students, Moroccan immigrants and Flamenco Gypsies. It’s only when he meets a group of teenage students Oscar (Swedish), Lucas (Spanish), Silvia (Portuguese), bartender Big Dave (Tunisian) and rose-seller Bilal (Pakistani) that he starts to develop a sense of belonging and purpose.

With his new foreign friends he pushes himself out of his comfort zone, immerses himself in the foreign culture and tries to find love in the international student scene. But behind every corner is a reminder of Helen and his struggle to find closure.

Abid Khan is an award winning Writer, Producer and Director of Eyefive Films. His recent debut feature film ‘Granada Nights’ was selected for Breakthrough at London Screenings, Edinburgh international Film Festival and was recently awarded Best Feature by Head of Film4 at the Barnes Film Festival 2020. An alumnus of MMU, Abid was the first ever graduate of the BSc in Multimedia Computing. Following his degree he formed Eyefive Ltd a digital design and film production company and made short films in Manchester, London, New York, Berlin and Granada. Abid has also freelanced as a digital designer for global advertising agencies, where he produced worldwide campaigns for clients including Universal Pictures, Paramount, Sony Pictures, Time Magazine, Nike and ASOS.

Abid aims to produce coming of age, self-discovery stories with a particular
focus on diverse stories with international appeal.

You will earn 7 Rise Points for attending this event.